Mage (rhymes with "sage") is a multi-instrumentalist, singer, songwriter, producer and composer. He studied with Yusef Lateef and Allen Ginsberg, among other great artists.  His mostly acoustic album "Pretty Songs About Death" will be released on the day of the dead, nov 22 2022.  He has toured globally (including with Lizz Wright, Wunmi, and the Easy Star All Stars) produces various artists, and composes music for film and TV.  He played piano and organ on a Grammy winning album in 2013. His 2015 LP Jeremy Mage & The Magi is available on Tummy Touch records, and he has released a series of singles with his electric trio throughout 2022. 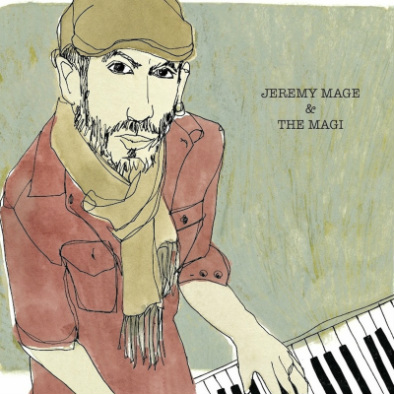 Press for "Jeremy Mage and the Magi":
-Interview with Paradigm Magazine
-"Long Revolution" mixtape for Lodown Magazine
-Review of Jeremy Mage & The Magi in the Almanac Weekly
-Interview on Brooklyn Radio
-Song of the Day on For Folks Sake